Small drones: The next terrorist threat

Not only can drones be easily purchased, but there are numerous internet videos explaining how to build one.

General use is increasing. Militaries are advanced in their use of small drones for surveillance; search and rescue services use drones with cameras and infrared heat detectors.

The dark side of drones

Private companies are exploring the use of drones for delivering packages. the dark side of drones Every technology has a potential dark side.

Will terrorist groups increase their use of drones for reconnaissance, and begin to use them for actual attacks? 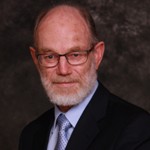 Modern weapons and new technologies increase the lethality of terrorist attacks. Developments in light arms have dramatically increased the reach and destructive power of small armed units. Automatic weapons, RPGs and remotely-controlled explosives have made terrorist raids fast-moving and destructive.

Terrorist groups such as al-Qaida and The Islamic State are able to attract technologically sophisticated supporters, educated to take full advantage of computer technology and modern weapons.  Terrorist now has access to inexpensive air power. It is very likely that terrorists will not only use drones for scoping out targets but will equip them with automatic weapons and the capacity to carry deadly materials.

Drones could make it easy to survey a target area from afar.  A few passes by an insect-sized video drone will be more difficult to detect than the suspicious behaviour of a human scout. The ease with which those with electronic knowledge can build drones to their own specifications will make defense more difficult. Terrorist technical experts could make drones which are larger, faster, and with extended ranges and unknown capacities. Home-made devices will negate the benefits of licensing or point-of-sale registration.

Militaries and air transport authorities are particularly aware of the potential danger from small private drones. Defensive mechanisms are being rapidly developed.  It is quite possible that registration of drones, flying restrictions, electronically protected zones, and anti-drone defenses such as net guns, radio signal blockers, or actual firearms, will prevent drone approaches to military bases, airports, and some obvious targets.

The real potential danger lies, as it does with other attack scenarios, in the endless variety of civilian targets. In countries already most vulnerable to terrorist attack, expensive anti-drone defences of major bases or infrastructure sites may be impractical or too expensive. The attacks themselves will be variable in tactics and firepower. Drone attacks will be more difficult to trace to their originators. Drones will become a danger if terrorists find it efficient (and spectacular) to use them. As the technology develops the danger will increase. We may find drones replacing suicide bombers, or used in concert with traditional attack methods.

Click on the image to open up the latest Vanguard Magazine

A drone can evade the defences of a target designed to stop suicide bombers on foot or in a vehicle. Assassination by unmanned aerial vehicles (AUVs) may no longer be the preserve of governments launching Predators drones capable of tracking a target over a prolonged period and launching a missile. Drones sent in close to a target to explode or fire an automatic weapon could replace the more difficult logistics of a sniper attack. Civilians at large public events or in markets could be stampeded by drones raking a crowd with machine-gun fire, or landing with an explosive. The danger from drones has been commented on in detail by the Remote Control Project of the Oxford Research Group in London.

In a report entitled Hostile Drones: The Hostile Use of Drones by Non-State Actors Against British Targets, issued in January of this year, the authors comment:

“Ever more advanced drones capable of carrying sophisticated imaging equipment and significant payloads are readily available in the civilian market. Unmanned aerial vehicles (UAVs) currently present the greatest risk because of their capabilities and widespread availability, but developments in the unmanned ground (UGVs) and marine vehicles (UMVs) are opening up new avenues for hostile groups to exploit.”  www.remotecontrolproject.org

The paper comments that terrorist, insurgent, criminal and corporate activist groups have already used drones for attacks as well as surveillance. It details the capabilities of popular retail drones, along with incidents of their use. It ends with an inventory of the counter-measures available to authorities, divided amongst regulatory provisions, passive countermeasures such as signals jamming, and active measures, such as laser systems. the time to act is now.

Although drones are already available and sophisticated, we are at the front-end of the development and use curve, so assessing the danger is partly speculative. It is very likely, unfortunately, that the danger will not be theoretical for much longer.

Canada shares a vulnerability to drone attacks with other countries, although we may not be as far along in detailing the dangers and the possible counter-measures. It is possible that if insurgent groups like the Islamic State become more adept at using drones, then returned fighters will bring drone tactics back with them to Canada.

Canada’s military, policing, intelligence and security forces are already stretched by the need to upgrade domestic anti-terrorist capabilities, and meet overseas obligations. We are not yet at the point where the threat from drones has become real in Canada. Now is the ideal time to treat the threat seriously, and take steps to understand and minimize it.

Greg Fyffe is president of Canadian Association Security and Intelligence Studies (CASIS). Greg was executive director of the Intelligence Assessment Secretariat from 2000 to 2008, and currently teaches intelligence and security and strategic thinking at the University of