The National Association of Federal Retirees, which represent more than 185,000 former government, military and police workers, has appointed a new chief executive officer.

The organization announced the appointment of Simon Coakeley as its new CEO at a time when the association said it is “working on several fronts” to make sure the contributions of its members and all retirees as protected as the new Liberal government progresses with its mandate.

Coakeley is a lawyer and government executive with almost 30 years of operational and policy-oriented experience in the federal government and most recently served as executive director of Canada’s Immigration and Refugee Board. 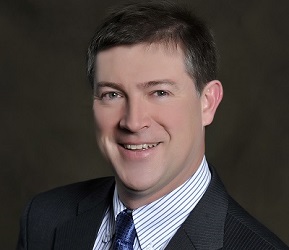 “Mr. Coakeley’s work on veterans and pension issues is particularly relevant and bodes well in terms of advancing the many issues facing the Association,” said Konrad von Finckenstein, chairman of the National Association of Federal Retirees board of directors. “His positive outlook and innovative approach will further position the Association as an important voice in this country. I know that I speak for the Board and all of the Association when I welcome Mr. Coakeley to his new position.”

Coakeley “will oversee a number of initiatives designed to protect the pensions and health-care benefits of federal retirees. Working closely with volunteers, key stakeholders and our Preferred Partners,” the association said in a statement.

The association, which represents about 185,000 federal retirees across the country, including 60,000 former military and Royal Canadian Mounted Police personnel seeks to protect the pension rights and health benefits of retirees.

It is considered the largest advocacy organization for federal retirees and veterans in Canada. The group has 82 offices throughout the country and also counts on more than 1,000 volunteers.

Following the announcement of the Liberal’s Federal Budget for 2016, the National Association of Federal Retirees expressed approval of what it called “key improvements for veterans and investments for seniors.”