If there is one thing this writer feels quite confident about, it is the fact that drones will be crucial to the future of Canada’s air force. This also doesn’t have to be a wall of expense with more risk than reward.

If our current government plays its cards right, it can replace the RCAF’s ageing CF-188’s, create new manufacturing jobs, keep current manufacturing jobs tied to the F-35 contracts and lay the groundwork to become a top level partner to a few promising unmanned combat aerial vehicle (UCAV) programs in the process.

A good starting ground could be purchasing the Dassault Rafale from France and accepting the offer for full point technology sharing and a Falcon assembly line right here in Canada.

Not only would we get our CF-188 replacement, we would also get an assembly line that builds business jets, drones and the Rafale.

This increases the number of potential offsets we can negotiate and creates a wealth of job opportunities in the manufacturing sector. The technology sharing means we can build Rafales from the ground up but it also gives the ability to learn quite a bit about modern fighter design and apply it as we see fit to our own ideas. 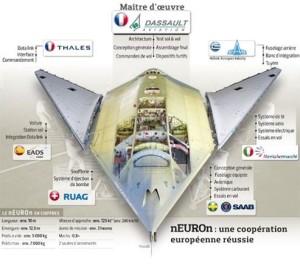 Another possibility would be purchasing the Eurofighter Typhoon, which would have a nearly identical offer, including tech sharing. From what this writer understands the builds would be done through Bombardier and Canada would be provided with the training and funding assistance to create a facility.

Hear from military personnel what Canada is looking to invest in to better support and enhance its C4ISR systems. Click on the logo below

While we wouldn’t get the kind of offsets Dassault would offer we could benefit handsomely from the tech sharing. The Typhoon makes use of advanced composites which represent a cutting-edge use of the materials in ways that many aerospace designers don’t yet grasp. Information that would undoubtedly be invaluable to Bombardier as it would open a whole new range of possibilities for future C-Series aircraft.

It could save billions of dollars in research and development. It could also be an opportunity to get involved with BAE Systems as they built the Taranis which is a similar design to the nEUROn UCAV of Dassault.

BAE and Dassault are both currently working on a joint design study which will conclude in 2018 which is based on the Taranis and nEUROn and is being used to determine if a joint project into a fully autonomous stealth UCAV is feasible. If we choose to go the F-35 route, we continue a tradition of depending on U.S. aerospace solutions and while we will get a very capable fifth-gen stealth fighter out of the deal we will not get a single bit of technology sharing as U.S. law makes that impossible.

The only reason Israel gets those kind of benefits is due to how tied into the United States’ power structure they are.

Drones are the future

We do certainly benefit from current build work but with the Canadian dollar at its current value, the likelihood of Canada losing that work is very slim, contrary to the belief of many who warn of economic penalties if the F-35 deal is backed out of entirely.

While our present economic situation is indeed grim, it does offer a certain amount of leverage that we can use to better ourselves on multiple fronts. Drones will be the future in this writer’s opinion because of everything they offer.

Removing the pilot from the cockpit enables fewer systems to be used and removes the need for onboard displays and life support systems and even the ejection seat. This translates to less weight and heat. There is no raised cockpit to compromise radar cross section or thermal signature (caused by heat inside the cockpit).

The reduction is size also allows for a reduction in RCS and all of the above combined makes for more effective jamming. The extra space in the airframe means engines can be mounted internally to aid thermal signature reduction further and degrade the effectiveness of Infrared Search and Track (IRST) systems which
use thermal imaging to track and fire on targets at range.

No pilot also means that the only G limits will be those of the airframe. This opens the door for more extreme manoeuvres to be used and thus improves flight characteristics versus manned aircraft.

The only reason Canada should avoid drones as a solution to bank on ahead of the CF-18 procurement is there are several limitations at present which would make them ineffective.

Input lag is one issue and this is the slight delay at increased broadcasting ranges between the drone pilot’s inputs and the drone’s responses to them. This makes the precision-timing pilots rely on for missile evasion and other split-second decisions unreliable.

Spatial awareness is another issue as even with 360- degree cameras there are elements of human vision and a perception that can’t yet be replicated by electronic systems and this provides another significant hurdle.

As far as radar systems and all-aspect jamming, as one can clearly see from the Boeing E/A-18G Growler or even the Lockheed Martin F-35, the hardware is anything but small and the reduced airframe size of the drones makes fitting current generation high-powered radars and jamming systems virtually impossible without degrading performance. As it is becoming more and more apparent, missile systems are growing at an increasingly rapid pace as far as the no-escape zone, range, speed and accuracy.

Missiles are also on the verge of having onboard advanced stealth and jamming systems to make radar warning receivers ineffective as well as launch detection systems. In addition to this, active radar systems grow more and more powerful year after year and as this happen the disparity between stealth aircraft and traditional fighter aircraft
will grow.

Stealth is going to become increasingly important as sensor technology improves and the disparity between stealth and non-stealth grows. IRST and passive detection systems, in general, will also grow in power and efficiency which will make thermal signature management vital to surviving in any sort of contested airspace. Not to mention China’s rapid advances in anti-jamming technology which point to yet another obstacle.

Counters to these aspects will be helped extensively by the advancements offered by drone technology past 2030.

The current estimates for fully autonomous drones range between 2040 (optimistic) and 2060 (more likely) but by 2030, this writer feels that there will be an increased demand for drones and by taking the steps mentioned earlier, Canada can ensure its place as a key contributor to what will be the future of aerospace technology. And we can do it a reduced cost compared to the investments made elsewhere already.

We’re at a crossroad

We will also be ahead of the curve as far as equipping ourselves to deal with the growing instability in the Arctic between Russia and Canada as well as the evolving threats from China and its allies. Canada is at crossroads.

Dassault and the Eurofighter consortium are both desperate for sales to fund their future expenditures and programs at present so the offsets available are of enormous benefit, long-term and will certainly not be there indefinitely.

Lockheed Martin can’t share any F-35 tech and if our government declines the F-35 acquisition there is little reason to believe they would move production away from a country with a weak currency just to be punitive. They aren’t in a strong enough position given the still growing number of setbacks the F-35 is facing.

Procurement and innovation are always going to have a high base cost but this writer hopes that after reading the above, people have a better understanding of how much deeper the process goes and
how if done properly, procurement can create jobs, reduce cost through offsets and create new opportunities well into the future.

The first gave Canada two of the greatest innovations of their time. The second group cancelled those aspirations in favour of short-term budget outlooks.

An inability to see past the present when determining the future and have cost us billions of dollars since.

It’s the 1950’s all over again in a way. Only this time Canadians have the benefit of seeing the long-term cost of short-term thinking.

Canada may not be able to create its own answer from the ground up like Avro did but it is certainly able to position itself to be a key contributor and manufacturer of UCAV’s and reap the benefits with minimal cost.

Some see doom in our economy but this writer sees many opportunities.

Hopefully, some of the people reading this see it now too or feel more confident in it.