Manhunt on for two more suspect in Brussels bombings

There are five bombers. Three of them are dead, and two are still missing.

That so far, according to Belgian authorities, are the number of people involved in Tuesday’s multiple bombing attacks at the Zaventem airport and Maelbeek Metro station which killed 31 people and caused injuries to scores of others.

Today, European Union ministers held an emergency meeting in Brussels as authorities continued their search for the fourth suspect in the bombings. The man in the picture below from the Belgian police is believed to be that man. 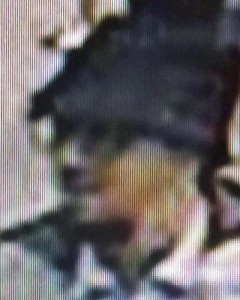 Two explosions hit the Zaventem airport at about 07:00 GMT on Tuesday. Another explosion rocked the Maelbeek metro station about an hour later. Later that afternoon, the terror group ISIS claimed responsibility for the bombings. Authorities said the attacks were carried out by a local cell of the group whose members live near the area of the attacks which occurred four days following the arrest in Brussels of Salah Abdelsam, one of the main fugitives in last November’s Paris attacks.

But according to some media outlets, authorities believe there is a fifth suspect involved in the bombings whose whereabouts are still unknown. Photos of this fifth suspect have not been released.

Authorities are working on the assumption that Ibrahim el-Bakraoui and Najim Laachraoui detonated suicide bombs at the airport. Both men were killed in the blasts.

The fourth suspect, the man with a hat who was caught on airport security camera with the duo, escaped without being able to detonate his bomb. That bomb was later found by police and detonated in a controlled explosion.

Roughly an hour after the blasts at the airport, another attacker identified as Khalid el-Bakraoui detonated his bomb. Khalid was killed in that blast.

Panoramic view of Place de la Bourse in #Brussels, now rammed w hundreds, all on their feet for moment of silence pic.twitter.com/zEi2vtTypL

Khalid is a brother of one of the bombers in the airport, Ibrahim el-Bakroui. The other airport bomber Najim Laachraoui is believed to have ties in the Paris terror attacks.

What are the latest anti-terrorism technology and strategies? Find out at C4ISR and Beyond 2016.

It is believed that a fifth man helped Khalid carry the bag filled with explosives. The fate of this helper is still unknown.

Map reveals how Isis fanatics established network of terror where they could plot under noses of police ????????#Brussels pic.twitter.com/Z3f2HYjHlS

On Wednesday, investigators also raided what appears to be a hideout of the suspects in a suburb of Brussels. The place contained 15 kilograms of the explosives TATP and other bomb-making paraphernalia.

TATP is also known “Mother of Satan.” It is an explosive favoured by many terrorists because if can be easily made from common chemicals such as hydrogen peroxide and acetone. It is hard to detect but highly unstable.

Authorities were tipped off to the location by a cabbie who realized he had picked up the suspects in the airport bombing at the day of the blast. The driver recognized the suspects from photos released by authorities.