Is Lockheed Martin’s C-130 on a flight path towards 100 years of service?

When Lockheed’s Clarence “Kelly” Johnson, designer of the World War II P-38 Lightning and, later on, the Cold War era SR-71 Blackbird, saw the 1951 U.S. Air Forces specs for a stubby turboprop cargo aircraft, his words were: “If you send that in, you’ll destroy the Lockheed Company.”

Luckily, Hall Hibbard, Lockheed’s chief engineer saw potential in the request. By the time the YC-130 prototype rolled out of the hangar for its first flight in 1954 even Johnson knew the company had a winner.

Some 60 years later, Tony Frese, vice president and deputy program manager of Lockheed Martin’s C-130 Programs, and his team are working on the delivery of the company’s 2,500th C-130 Hercules. 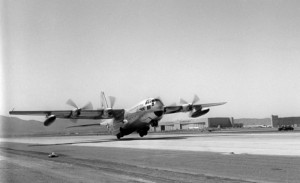 The C-130 Hercules is the longest continuously produced military plane in the world.

The original design specs for a fat plane called for an aircraft capable of hauling large bulky equipment, including artillery pieces and tanks, over long distances.

Lockheed and the Korean War experience

The airplane had to land in tight spaces, slow to 125 knots for paratroop drops and fly with one engine if necessary.

The Air Force’s experience in the Korea War is largely responsible for the creation of the Hercules, according to Lockheed. Forces fighting in the 38th parallel dividing South and North Korea found that many of the transport aircraft were too heavy and needed longer runways. Others had weight restrictions that prevented the aircraft from hauling bulky equipment and large numbers of troops.

Lockheed has remained faithful to those early requirements adding new technology where needed but staying close to the original blueprint. And that has been the secret of the C-130’s staying power.

The aircraft simply did what it was supposed to do – carry people and stuff for the military. The Hercules also proved to be versatile enough to undertake other missions such as humanitarian relief and search and rescue operations.

On December 30 last year, The U.S. Department of Defence disclosed that it had ordered an additional 32 more C-130J Super Hercules aircraft from Lockheed. This would be the first installment of a multi-year contract for 78 units of the aircraft.

The US$5.3 billion deal is also significant because it means that the C-130 will likely be the first aircraft to see continuous service for 100 years.

The C-130J Super Hercules is replacing the earlier E variants which were in service for nearly 50 years. It’s a good bet that the Pentagon intends to keep the newer aircraft for another 50 years.

In Canada, the CC-130 is a mainstay of the Canadian Forces’ transport fleet.

The air force still has eight of nine of the aircraft it acquired beginning in 1964.

The C-130J is also widely considered as one of the leading contenders for the RCAF’s Fixed Wing Search and Rescue Program.