As three federal parties gallop neck-in-neck towards the ballot box, only one of them has never taken the reigns of Canada’s defence portfolio, naturally raising a few questions from Canadians about what that file may look like if it suddenly turns orange. 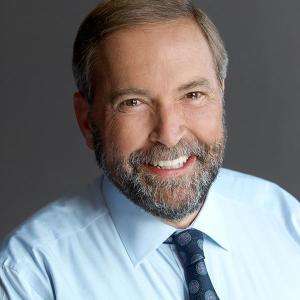 He looks military-friendly in this picture, but his vision for the CAF is still unclear.

At the provincial level, the NDP’s Orange Wave seems to have taken grip in Alberta — and according to the polls — the rest of Canada. But what does it mean for the Canadian Armed Forces if the NDP are voted in as the next federal government?  Will defence spending drop? Might the CAF reduce its level of engagement around the world? 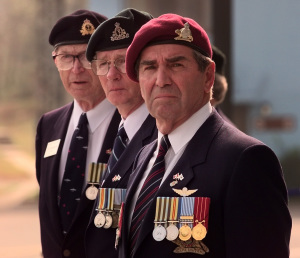 Vets had a rough ride under Minister Fantino, although things are beginning to look up.

The current policy handbook on the NDP website dates back to March 2013 and does not provide the same level of detail as their 2011 platform. In fact, the majority of the 2013 NDP policy book is about veteran’s affairs reforms. Under an NDP government, it seems that veterans and their families will win with new reforms to medical, psychological, and monetary support. The NDP will also continue to probe into the sexual misconduct cases within the CAF, although the Conservative government seems to have picked up momentum on that issue recently.

When it comes to the rest of the ministerial portfolio, one can only fill-in the blanks by examining their outcries as the official Opposition, assuming (if they form the government) that will transfer into policy.

What is known, however, is that the NDP wants to subject any proposal for military intervention to a Parliamentary vote in order to avoid “another Afghanistan.” In the past, and over the recent deployment of the CAF to Iraq, the NDP has demonstrated a reluctance to deploy the military. This may pose an issue if the NDP are voted in with a majority government, and it isn’t outside the realm of possibility to suggest that the CAF’s current tempo may decrease if Mulcair is elected PM.

Concerning Iraq, the NDP has made it abundantly clear that they want to pull Canadian troops assisting in the degradation campaign against the Islamic State and al-Sham (ISIS), instead opting to send humanitarian aid to assist with stabilization and governance in that country. This is based on the idea that if Canada supports the Iraqi government by providing essential services, Iraq and the West will win back its fractured and politically divisive population.

While the NDP are correct that this is a counterinsurgency operation, humanitarian aid cannot solely fix the sectarianism that is affecting Iraq and will have little impact on degrading ISIS. 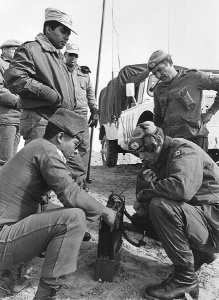 Peacekeeping is not what it used to be.

In the 2011 policy platform, under Jack Layton, the NDP made the pledge that Canada would move away from warfighting and return to peacekeeping. Following suit, the 2013 platform states that the NDP will prioritize peace operations. UN peacekeeping missions are up, but operations in Somalia, Mali, and the Democratic Republic of the Congo have more in common with peace-enforcement and counterinsurgency than the idyllic and iconic traditional blue helmet operations. Peace-keepers there are fighting, and dying. Even if the NDP raises Canada’s global contribution rank (currently 68th), IEDs and insurgent/terrorist groups will remain a vigilant threat for those deployments. 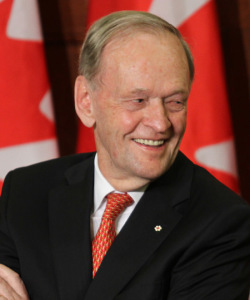 One of the CAF’s worst fears is a repeat of the “Decade of Darkness.”

While the NDP may tout an increase in peacekeeping operations, that doesn’t necessarily mean Canadians will see drastic changes to military spending. The NDP blasted the Conservatives’ plan to stagnate defence spending over two years in its proposed budget, but that doesn’t mean Mulcair and his party will work hard to reverse that decision if they form a government.

Do not expect a significant increase in defence spending despite the number of major procurement projects currently underway. That being said, there’s not much fat left to trim. 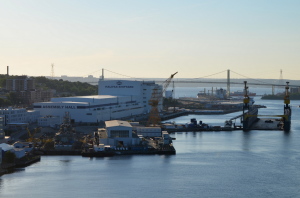 Although procurement has been slow and controversial, there are some major projects now on the books.

Unfortunately, there is little knowledge of what the NDP will do differently than the Conservatives when it comes to procurement. Some major defence procurement projects have already started (such as NSPS) and it will be the next government’s job to manage and pay for them. Finding itself in a position it’s never been before — in power — the NDP would certainly have a lot of tough decisions to make, no doubt influenced through diplomatic channels and industry lobbying.

It would be interesting to see if the NDP could set into policy what they have been espousing for years, especially foreign intervention.

While federal parties are still carving out the details in their platforms, the NDP has had a lot of time to plan. It is naive to assume that an NDP government would only concentrate on Veteran’s issues and sexual misconduct; what they are doing is capitalizing on contentious issues where the Conservatives have perceptibly “dropped the ball.”

In general, however, things don’t look great for the CAF…and that may not be the NDP’s fault. Given current warnings of another economic slowdown, the U.S. and many other nations are slashing jobs in defence and reducing spending — even amid protestations from NATO, which argues for a rise to 2% of GDP.

The global security climate is heating up and seems more volatile with every passing year. Canadians may look back at the nation’s peacekeeping history with a sense of nostalgia, but many of the soldiers that served in places like Bosnia look upon that time haunted by helplessness due to rules of engagement that turned soldiers into spectators. Peacekeeping has changed; it’s closer to warfighting than ever before — and that requires sustainment, support, and most of all funding.

It’s easier than ever for the CAF to slip back into the “Decade of Darkness,”  and it’s still unclear if an NDP government would act decisively to avoid a regression. But don’t expect drastic changes — bold moves mean bold political risks — something that no party seems willing to take.