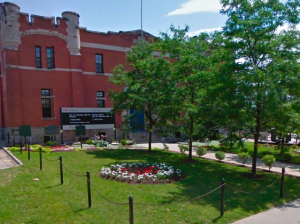 The Department of National Defence has seen more than $400 million enter its coffers from the Conservative government slated for the repair and maintenance of Armouries throughout Canada.

While it is not clear how the numbers are calculated, a recent press release circulated to media by DND states that over 10,000 jobs will be created as a result of the infrastructure work.

“It is with great pleasure that I announce this $280,000 infrastructure project for the Simcoe Armoury,” Minister Finley said. “This investment is indicative of this Government’s commitment to support the brave men and women of the Canadian Armed Forces through improved and upgraded facilities.”

Also on hand for this, and a number of similar announcements across the country, was former Minister of Veterans Affairs, now Associate Minister of National Defence, Julian Fantino.

Over the next two years, $135 million will be invested in DND projects involving repairs to roofs, siding, plumbing, and heating and ventilation systems at Armouries across Canada. By completing this work, DND will improve the efficiency and reduce maintenance costs at these facilities.