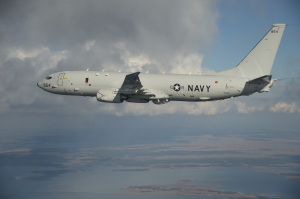 Two of the tainers are for the United States Navy, brining its total to 18. The other two are part of a U.S. Cooperative Program via the P-8 Production, Sustainment, and Follow-On Development Memorandum of Understanding with the navy to provide the Royal Australian Air Force with a P-8A training system.

CAE said the two orders will share similar hardware and simulation software, though Boeing will install and integrate software specific to the P-8A aircraft.

“We are pleased to be supporting Boeing and the U.S. Navy in developing the P-8A simulators for the Royal Australian Air Force, marking the first international sale of a comprehensive P-8A training system,” said Ray Duquette, president and general manager of CAE USA. “The Navy has significantly increased the amount of synthetic training it does as part of the P-8A training program, and the high-fidelity P-8A operational flight trainers developed by CAE and Boeing play a key role in the overall P-8A training curriculum.”

Both deliveries are expected in 2017.